We Love, Love…Especially Black and Brown Love!  Here at BlackWomenStandUp.com the Love Lounge is where we celebrate and remind everyone of the beauty and feeling of being in love.  Our goal is to inspire those who are still hoping for and looking for that special one, and to spread the joy of those who have found their true love, while highlighting amazing couples.

Here are some fun and true facts about our Newlyweds:

Message:  Internet Dating Works, don’t be scared ladies.  You never know where you will find love, just keep your heart open to the possibility and remain positive. 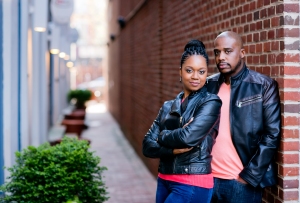 Thank you to Keith and Chanel for sharing their love and special day with the BWSU Family!  We wish you many more years of marital bliss, and all the best with your next steps in life as a couple:)

Black Women Stand Up (BWSU)’s Co-Founder, Tiffany Braxton did a live online interview with Dr. Doris Higginbottom, affectionately known as #DrMom, BWSU’s first “Goddess Spotlight” Feature, below is the conclusion of the three part interview. Check out #DrMom as she delves into how she found love again, answers viewer’s questions and expands on how she took a chance on” HERSELF,” through education, hard work and a desire for more!

Thank you again to Dr. Doris Higginbottom for sharing her empowering story with us.  It is our desire to inspire and  empower women to become their best self through the examples of our “Goddess Spotlight” Features.

p.s. – If you know of a Black Woman or Woman of Color that you feel would make a great feature for our “Goddess Spotlight” Series, send an email to: Contact@BlackWomenStandUp.com

In this episode Dr. Mom delves into the start of her educational journey towards her PhD, as an older woman with nine children returning to school.  She  shares what kept her motivated and inspired to keep going.  You can check out Pt. 2 of Ep. 1 below. Please comment and share because you never know whom you may inspire to become their best self after watching!  Thank you.

Join us on FB as well, and be a part of the  Black Women Stand Up FB Community:)  Tell a friend to tell a friend!

Posted from WordPress for Android

Check out these 10 Do’s and Dont’s of a happy marriage from the Black Love and Marriage website, and see if what you’re doing in your marriage made the list. Click link below for full article…

Ten Do’s And Dont’s Of A Happy Marriage

Peace and Love.
The BWSU Family 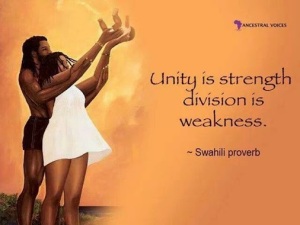 Simply Beautiful, the power of #BlackLove!

Posted from WordPress for Android

Love, the month of June and wedded bliss. We have all heard the term “June Bride,” so we thought it fitting to end the month with a June Bride Feature, while honoring those who have taken the leap and sealed it with a kiss – becoming ONE in holy matrimony.

Here are 3 Fun Facts on our Featured Couple, along with a Special Note from Crystal Jones (Bride):

How We Met
We met on September 19th 2000, I was at work selling Apartments and he came in and asked me what I was selling, I told him Co-ops he never brought one (lol), but he continued to come everyday until I agreed to go to lunch with him and from that day I was unable to shake this man; this is when I knew I was going to have this man in my life forever.

How He Proposed To Me
Can’t say it was really a big to do but knowing he was a shy man and not knowing how he would make the proposal, we went out to dinner and when we returned I went to shower and when I came back he was sitting on the bed with the ring in his hand asking me to marry him.

Our Wedding Day
We were happily married on June 1st 2013 at Central Park Conservatory on 105th street and Fifth Avenue.

“When your heart sends you in a direction you should follow it. I know that sometimes its a lot of bumps in the road but if you really love someone the bumps will only feel like pebbles.

I knew from the beginning that this was my soul-mate and no matter what people said or how they tried to deter me, I just believed that I should:
KEEP MY MAN IN MY HEART AND MY FRIENDS OUT MY BUSINESS, AND WE WOULD ERASE ALL OUR DOUBTS.

Trust me ladies anything worth fighting for will have to take time and energy and a whole lot of trust.”

Congratulations Crystal and Rodney! May you have many more years of bliss with continued unconditional love.

For all the ladies over 40 who have never been married or single again – REMEMBER, never give up on finding true love it is POSSIBLE!

Falling Black in Love…Isn’t that a catchy title.  When I received the tweet with this title and clicked on the link I did not know I would be in for such a treat.  The writer of this post, Mike Phil of Miami – had me mesmerized from the first word.  Thank you Mike for the way you openly express your love for the Black Woman.  How you explain the beauty of black love, which is one of the principle reasons why #BlackWomenStandUp exists…the desire to resuscitate black love.  Here is the link to the post http://theblackmancan.org/?p=2070 via TheBlackManCan.org.

Brothers and Sisters please take the time to read the post, trust me you won’t be disappointed.  I was uplifted, inspired, reminded of my beauty, strength and how there is nothing more amazing than Black Love. 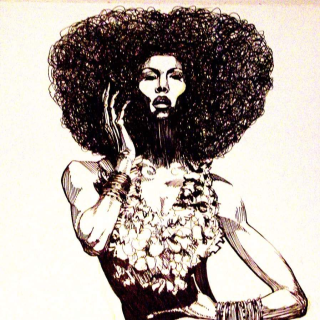